What Does the Church Teach About Hell? 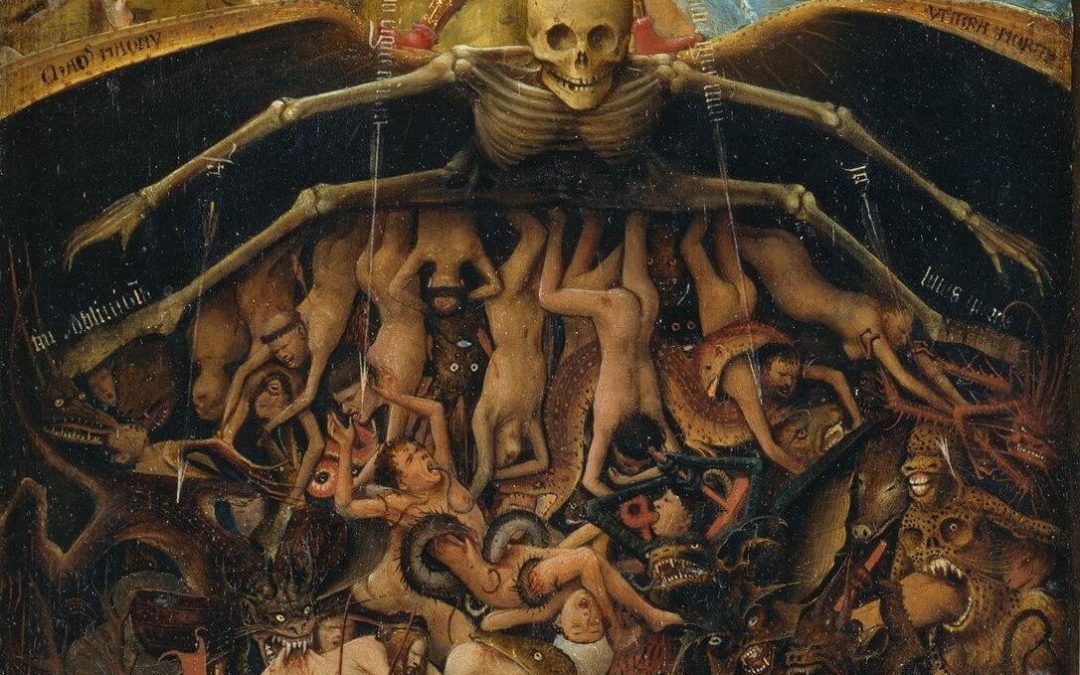 What Does the Church Teach About Hell?

God is the infinitely good and merciful Father. But man, called to respond to Him freely, can unfortunately choose to ultimately reject His love and forgiveness, thus separating himself forever from joyful communion with Him. It is precisely this tragic situation that Church doctrine explains when it speaks of eternal damnation or Hell. It is not a punishment imposed externally by God but a development of premises already set by people in this life. The very dimension of unhappiness which this obscure condition brings can be sensed by some of the terrible experiences we have suffered which, as is commonly said, make life “hell”. In a theological sense however, Hell is something else: it is the ultimate consequence of sin itself, which turns against the person who committed it. It is the state of those who definitively reject the Father’s mercy at the last moment of their lives.

To describe this reality, Sacred Scripture uses a symbolical language. In the Old Testament the condition of the dead had not yet been fully disclosed by Revelation. Moreover, it was thought that the dead were amassed in Sheol, a land of darkness (cf. Ez. 28:8; 31:14; Jb. 10:21f.; 38:17; Ps 30:10; 88:7, 13), a pit from which one could not escape (cf. Jb. 7:9), a place in which it was impossible to praise God (cf. Is 38:18; Ps. 6:6). The New Testament sheds new light on the condition of the dead, proclaiming that Christ conquered death and extended His liberating power to the kingdom of the dead. Redemption nevertheless remains an offer of salvation, which it is up to people to accept freely. This is why they will all be judged “by what they have done” (Rev 20:13). By using images, the New Testament presents the place destined for evildoers as a fiery furnace, where people will “weep and gnash their teeth” (Mt 13:42; cf. 25:30, 41), or like Gehenna with its “unquenchable fire” (Mk 9:43). All this is narrated in the Parable of the Rich Man, which explains that Hell is a place of eternal suffering, with no possibility of leaving nor of the alleviation of pain (cf. Lk. 16:19-3 1).

The Book of Revelation also figuratively portrays those who exclude themselves from the Book of Life as being in a “pool of fire,” thus meeting with a “second death” (Rv. 20:13f.). Whoever continues to be closed to the Gospel is, therefore, preparing for “eternal destruction and exclusion from the presence of the Lord and from the glory of His might” (2 Thess. 1:9). The images of Hell that Sacred Scripture presents to us must be correctly interpreted. They show the complete frustration and emptiness of life without God. Rather than a place, Hell indicates the state of those who freely and definitively separate themselves from God, the source of all life and joy. (Note: Although Hell is not essentially “a place,” confinement IS included, since the bodies of the damned—being bodies not spirits—must be in “some place.”) The Catechism of the Catholic Church summarizes the truths of faith on this subject: “To die in mortal sin without repenting and accepting God’s merciful love means remaining separated from Him forever by our own free choice. This state of definitive self-exclusion from communion with God and the blessed is called Hell” (No. 1033). “Eternal damnation,” therefore, is not attributed to God’s initiative, because in His merciful love He can only desire the salvation of the beings He created. In reality, it is the creature who closes himself to His love. Damnation consists precisely in definitive separation from God, freely chosen by the human person and confirmed with death that seals his choice forever. God’s judgment simply ratifies this state.

Christian faith teaches that in taking the risk of saying “yes” or “no,” which marks the human creature’s freedom, some have already said “no.” They are the spiritual creatures (angels) that rebelled against God’s love and are called demons (cf. Fourth Lateran Council, DS 800-801). What happened to them is a warning to us: it is a continuous call to avoid the tragedy which leads to sin and to conform our life to that of Jesus who lived His life with a “yes” to God.

Eternal damnation remains a real possibility, but we are not granted, without special divine revelation, the knowledge of which human beings are effectively involved in it. The thought of Hell—and even less the improper use of biblical images—must not create anxiety or despair, but is a necessary and healthy reminder of freedom within the proclamation that the Risen Jesus has conquered Satan, giving us the Spirit of God who makes us cry “Abba, Father!” (Rm. 8:15; Gal. 4:6). This prospect is effectively reflected in the liturgical tradition of the Church, as the words of the Roman Canon attest: “Father, accept this offering from your whole family…save us from final damnation, and count us among those you have chosen”.