What is Corpus Christi and What is its History? 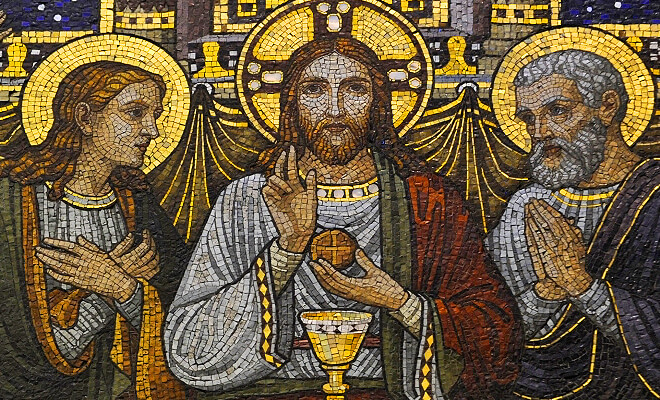 What is Corpus Christi and What is its History?

The Solemnity of the Most Holy Body and Blood of Christ is also known as the Solemnity of Corpus Christi, which translates from Latin to “Body of Christ.” This feast is celebrated in the U.S. on the Sunday following the Feast of the Holy Trinity. The institution of the Feast of Corpus Christi as a feast resulted from approximately forty years of work on the part of Saint Juliana of Liège, a 13th-century Norbertine canoness, also known as Juliana de Cornillon, born in 1191 or 1192 in Liège, Belgium, a city where there were groups of women dedicated to Eucharistic worship. Guided by exemplary priests, they lived together, devoted to prayer and to charitable works. Orphaned at the age of five, she and her sister Agnes were entrusted to the care of the Augustinian nuns at the convent of Mont-Cornillon, where Juliana developed a special veneration for the Blessed Sacrament.  She always longed for a feast day outside of Lent in honor of the Blessed Sacrament. This desire was enhanced by a vision of Christ that she had in 1208, in which she was instructed to plead for the institution of the Feast of Corpus Christi. The vision was repeated for the next 20 years but she kept it a secret. When she eventually relayed it to her confessor, he relayed it to the bishop. Juliana also petitioned the learned Dominican Hugh of St-Cher, and Robert de Thorete, Bishop of Liège. At that time bishops could order feasts in their dioceses, so in 1246 Bishop Robert ordered a celebration of Corpus Christi to be held in the diocese each year thereafter on the Thursday after Trinity Sunday (since moved as stated above).  Hugh of St-Cher travelled to Liège as Cardinal-Legate in 1251 and, finding that the feast was not being observed, reinstated it. In the following year, he established the feast for his whole jurisdiction (Germany, Dacia, Bohemia, and Moravia), but with a certain elasticity, for he granted an indulgence for all who confessed their sins and attended church “on a date and in a place where the feast was celebrated.”  Jacques Pantaléon of Troyes was also won over to the cause of the Feast of Corpus Christi during his ministry as Archdeacon in Liège. It was he who, having become Pope Urban IV in 1264, instituted the Solemnity of Corpus Christi on the Thursday after Pentecost as a feast for the entire Latin Rite, by the papal bull Transiturus de hoc mundo. Though this was the first papally-imposed universal feast for the Latin Rite, it was not in fact widely celebrated for half a century, although it was adopted by a number of dioceses in Germany and by the Cistercians, and in 1295 was celebrated in Venice. It became a truly universal feast only after the bull of Urban IV was included in the collection of laws known as the Clementines, compiled under Pope Clement V, but promulgated only by his successor Pope John XXII in 1317.

This feast calls us to focus on two manifestations of the Body of Christ, the Holy Eucharist and the Church. The primary purpose of this feast is to focus our attention on the Eucharist. The opening prayer at Mass calls our attention to Jesus’ suffering and death and our worship of Him, especially in the Eucharist.  At every Mass our attention is called to the Eucharist and the Real Presence of Christ in it. The secondary focus of this feast is upon the Body of Christ as it is present in the Church. The Church is called the Body of Christ because of the intimate communion which Jesus shares with His disciples. He expresses this in the Gospels by using the metaphor of a Body in which He is the Head. This image helps keep in focus both the unity and the diversity of the Church.  The Feast of Corpus Christi is commonly used as an opportunity for public Eucharistic processions, which serves as a sign of common faith and adoration. Our worship of Jesus in His Body and Blood calls us to offer to God our Father a pledge of undivided love and an offering of ourselves to the service of others.

When Pope Pius V revised the General Roman Calendar, Corpus Christi was one of only two “feasts of devotion” that he kept; the other being Trinity Sunday. From 1849 until 1969 a separate Feast of the Most Precious Blood of Our Lord Jesus Christ was assigned to the first Sunday in July, later to the first day of the month. This feast was removed from the General Roman Calendar in 1969 because, it was stated,  “…the Most Precious Blood of Christ the Redeemer is already venerated in the solemnities of the Passion, of Corpus Christi, of the Sacred Heart of Jesus, and in the feast of the Exaltation of the Holy Cross.