Why Do Catholics Believe in Things Not in the Bible? 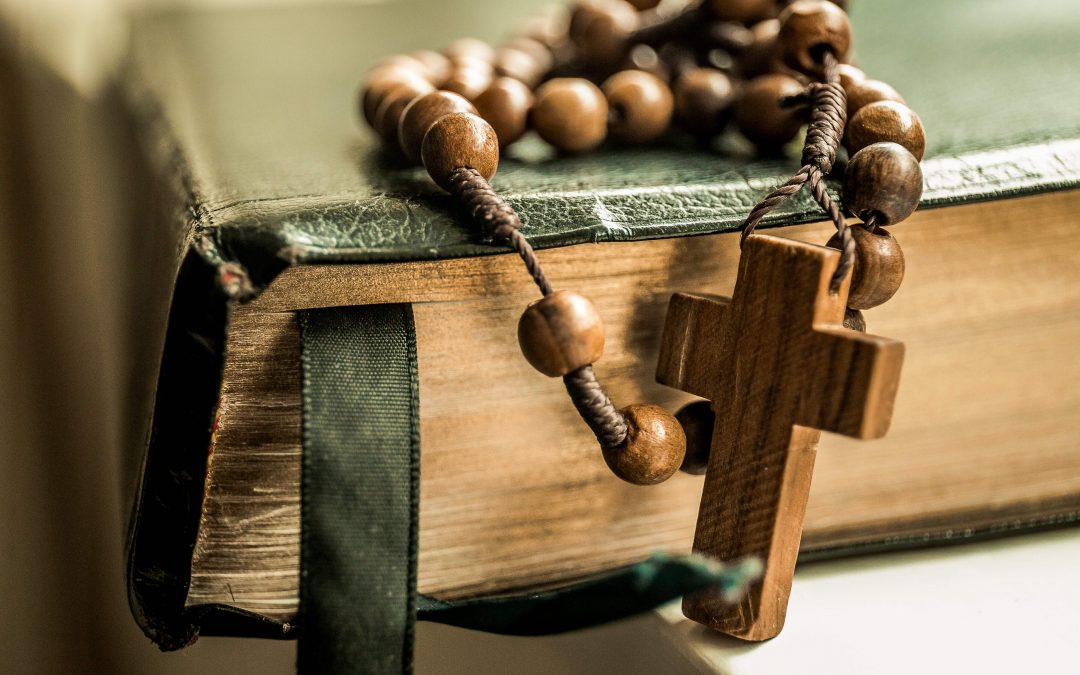 Why Do Catholics Believe in Things Not in the Bible?

Let’s flip that question around and ask some more important questions first.  Why should we believe things that are explicitly written in the Bible? And if we should, then should those be the only things we believe?  It’s amazing how many people ask the original question without even pondering these other more fundamental questions. Perhaps it’s a matter of our American, Protestant culture that simply takes the Bible as a given without a second thought. And perhaps it’s a lack of knowledge on the part of us Catholics when we automatically grant a non-Catholic that starting place without challenge. After all, at least we can all agree on the Bible, right? Or do we?  I would say yes and no.  First, an obvious disagreement is on what books should even be in the Bible. Protestants gradually removed seven of the Old Testament books (and parts of other books) shortly after the “reformation.” Though these books had always been in the official canon, some of them contradicted some of the new Protestant doctrine, so they were removed. But that brings up the next and more fundamental question: Who decides the canon of the Bible?

It is historical fact that the Catholic Church decided the canon of the Bible as we know it today. In the first few centuries there was a growing confusion over what writings were to be considered inspired Scripture and which weren’t. It was the bishops of the Catholic Church that met at the end of the 4th century to finally, officially determine the canon. So basically, the authority of the Bible’s canon is only as good as the authority that defined it—that of the Catholic Church. And since it is that same Church that Jesus gave the Keys to the Kingdom and the authority to bind and loose (Matt 16:19), then we can trust it. It is for this reason that Catholics can then believe in the Bible and trust in it as the inspired, inerrant Word of God. If you don’t believe in the authority of the Catholic Church, there is no case for such a claim. So it’s important to put the Bible into that context when relying on it to determine what we believe. Once we’re on the same page as to why we should believe in the Bible (because the Church that Jesus founded says so), then we can address the next question: Should we only believe things that are explicitly written in the Bible?

Well, as a start, does it say anywhere in the Bible that we should only believe the things written in the Bible? The answer is no. On the contrary, it explicitly instructs us through the apostles to “stand firm and hold to the traditions which you were taught by us, either by word of mouth or by letter” (2 Thess 2:15). And it goes on further to say, “What you have heard from me before many witnesses entrust to faithful men who will be able to teach others also” (2 Tim. 2:2). And this would have made perfect sense to those in the New Testament. First of all, this is how they had been taught. Jesus didn’t write the Bible, give it to them and say, “Here, this is your sole rule of faith. Get one of these into the hands of every person on the planet.” No. He gave us His Church and gave the Apostles the power to rule it and the Holy Spirit to guide it. And those Apostles entrusted their authority to other faithful men, our bishops, to teach us also. Further, if we trust the Catholic Church’s authority to determine what the canon of the Bible is, should we not also trust them to tell us how to use it?

The Catholic Church tells us, as does the Bible, that the true “rule of faith” is both Scripture and Apostolic Tradition (what the Apostles have passed down and the Church has always taught from the beginning). And it is these things working together through the teaching authority of the Church that we come to know the fullness of the Truth.  The Catechism of the Catholic Church says this about them (CCC 80-82):  “Sacred Tradition and Sacred Scripture are bound closely together. For both of them, flowing out from the same divine well-spring, come together in some fashion to form one thing, and move towards the same goal.” Each of them makes present and fruitful in the Church the mystery of Christ, who promised to remain with His own “always, to the close of the age”.  “Sacred Scripture is the speech of God as it is put down in writing under the breath of the Holy Spirit. [Holy] Tradition transmits in its entirety the Word of God, which has been entrusted to the apostles by Christ and the Holy Spirit. It transmits it to the successors of the apostles so that they may preserve, expound, and spread it by their preaching.”  So to answer the original question…

Nothing in the Bible contradicts anything that the Catholic Church teaches and vice versa (when interpreted properly). Sacred Scripture and Sacred Tradition are both sources of revealed truths so we must acknowledge them both and in practice, and reconcile them with each other. Therefore, Catholics believe in some things that are not necessarily mentioned in the Bible because God has revealed them to us through His Church.

Also, using the Bible as the sole rule of faith is a misuse of the Bible. It was not created, nor contains instruction, to be used in such a way. It must be used in the proper context and interpreted in light of Apostolic Tradition and the teaching authority of the Church given to it by Christ. Many Christians don’t realize that even the idea of using the Bible as the only rule of faith (Sola Scriptura) is actually a new invention only propagated in the past 500 years. It was unheard of before that point and was certainly not practiced by the Apostles or the early Christians. They would have been extremely perplexed at even the asking of such a question.