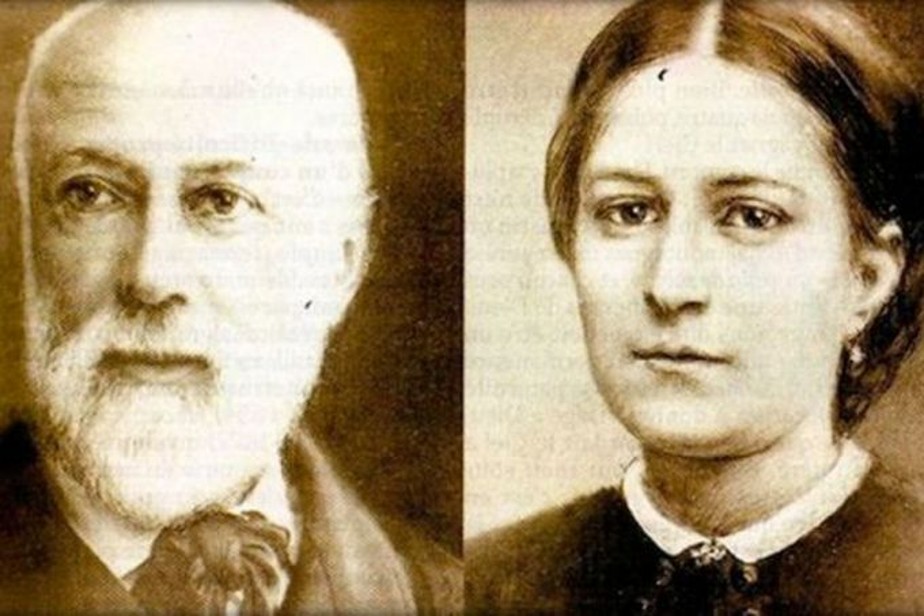 A letter to Thérèse while she was in the convent of Lisieux, from her Aunt Céline Guérin–who was the sister of her mother–contains what may now seem like a prophetic statement about Louis and Zelie: “[God] willed that the mother who guided your early childhood be raised to a more sublime glory and enjoy heavenly delights. Ah! it is because, little Thérèse, your parents are among those we may call saints and who merit bringing forth saints.”

The parents of our patroness were canonized on October 19, 2015, at the Basilica of St. Therese in Lisieux France.  That day, which was also World Mission Sunday, coincided with the Synod on the Family taking place in Rome.  They are the only married couple ever canonized together!

Following is the official news report that came from Vatican City on March 4, 2015:

Vatican City, Mar 4, 2015 / 03:39 pm (CNA/EWTN News).- Cardinal Amato, Prefect of the Congregation for the Causes of the Saints, announced that Louis and Zelie Martin will be canonized in October of this year, the same month in which the Synod of Bishops on the family will take place in the Vatican.  “The saints are not only priests and religious, but also lay persons,” the cardinal said, referring to the French spouses.

The cardinal’s announcement comes a short time after Bishop Jean-Claude Boulanger, who oversees the French diocese of Bayeuz-Lisieux, revealed his intention to open the cause of beatification for St. Therese’s older sister Leonie Martin.  Referred to by Bishop Boulanger as Therese’s “difficult” sister, Leonie was the third of Louis and Zelie’s nine children, and a member of the Order of the Visitation.  Louis and Zelie were beatified Oct. 19, 2008, by then-Pope Benedict XVI.  Their canonization will be the first of its kind in history, where a married couple are jointly proclaimed Saints together.  Their path to the altar has surpassed that of married couple Bl. Luigi and Maria Beltrame Quattrocchi, who were beatified together in October 2001.

Married in 1858 just three months after meeting each other, Louis and Zelie lived in celibacy for nearly a year, but eventually went on to have nine children. Four died in infancy, while the remaining five daughters entered religious life.  Both had previously attempted to enter the religious life themselves–Louis as a monk and Zelie, a nun with the Order of the Sisters of Charity of St. Vincent de Paul.  Zelie was turned away due to respiratory problems and frequent headaches, while Louis was denied entry because he couldn’t learn to speak Latin, which at that time was a requirement for entering the seminary. Louis then became a watchmaker, and Zelie a lace maker.

Known for living an exemplary life of holiness, the couple’s daily practices included Mass at 5:30 a.m., praying the Angelus and Vespers, resting on Sundays and fasting during Lent and Advent.  The couple would also invite poor people to dine with them in their home, and they frequently visited the elderly, thus teaching their children to treat the disadvantaged as equals. Zelie died from cancer at the age of 46, leaving Louis to care for their five young daughters: Marie, Pauline, Leonie, Celine and Therese, who was only four at the time. Louis died in 1894 after suffering two strokes in 1889, followed by five years of serious drawn-out illness.