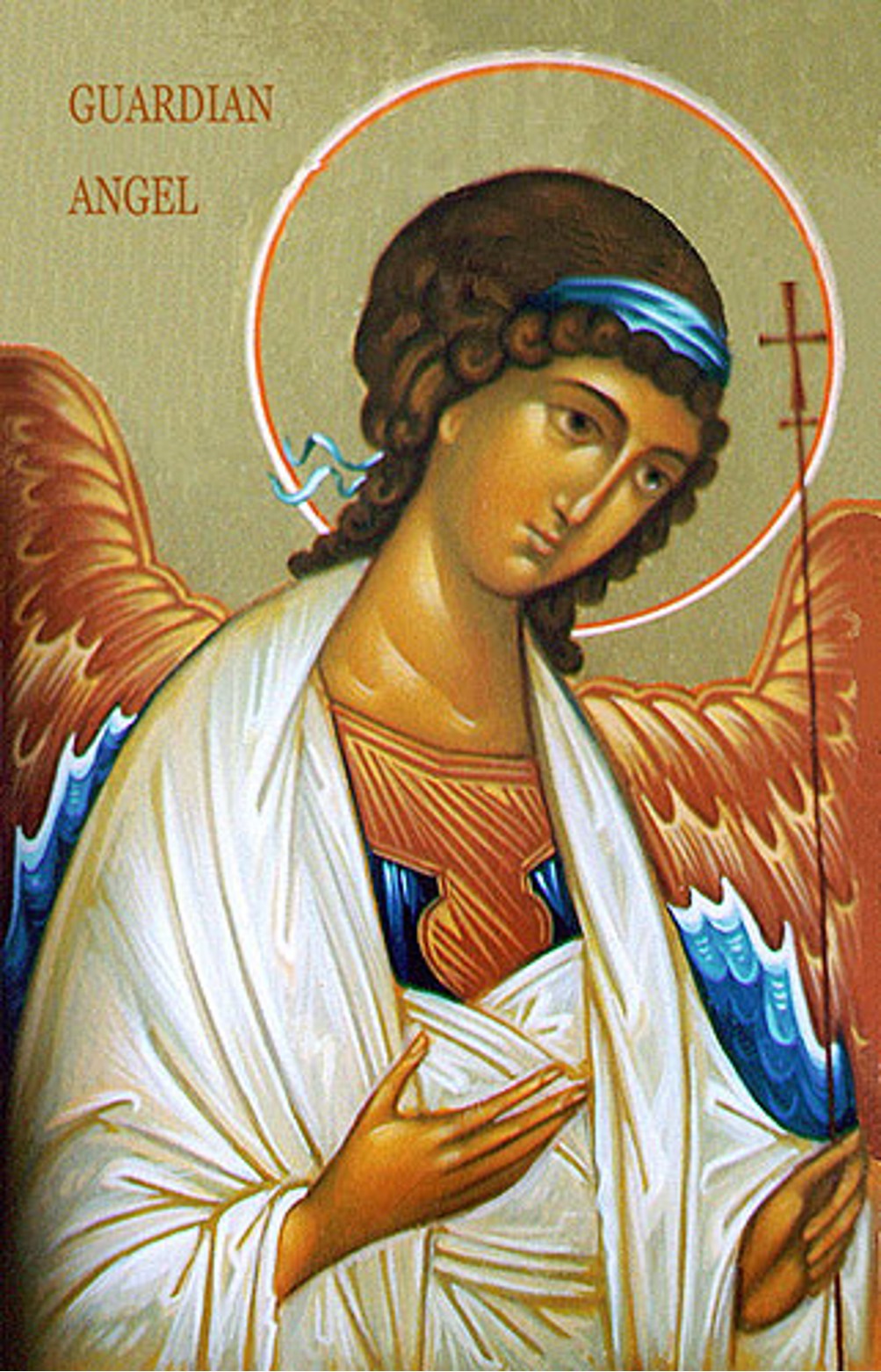 “Do Angels Really Exist?”  The teaching of the Church and the testimony of the Bible instruct us that angels are spiritual beings who have a free will and an intellect that is far superior to ours. Coming from those two sources ought to settle the matter of their existence for anyone who accepts either as authoritative sources. Those of us who accept both as authoritative ought to have even less problem believing in angels. We know that the evil ones dwell in Hell and the holy ones dwell in Heaven and are therefore considered to be saints. God uses angels as messengers, guardians, and all-around helpers to us—as well as to reflect His glory. In Tobit 12:12, the Archangel Raphael said to Tobias, “So now when you and Sarah prayed, it was I who brought and read the record of your prayer before the glory of the Lord, and likewise whenever you would bury the dead.” In Tobit 12:14-16, we read, “And at the same time God sent me to heal you and Sarah your daughter-in-law. I am Raphael, one of the seven angels who stand ready and enter before the glory of the Lord.”

There are many other places in both the Old and the New Testaments where we read about angels.  They appeared, for example, to Abraham before visiting Sodom to try to find ten honest men. Jacob wrestled an angel and had a dream in which he saw angels ascending and descending upon a ladder. There was an angel stationed at the gates of Eden as Adam and Eve were cast out. There was the angel of the Annunciation, Gabriel—without whose presence it is difficult to visualize the Incarnation. There was the angel who appeared to John the Baptist’s father, angels who appeared outside the tomb, and angels who appeared to the faithful at the Ascension—not to mention angels who “ministered” to Christ so often in Scripture. These are far too many references to be simple embellishments, with far too much detail.

The Church also teaches that God has given us angels as guardians to lead us to good thoughts, works and words, and to preserve us from evil (since the 17th century the Church has celebrated a feast honoring them—now observed on October 2nd).  He has charged His angels with the ministry of watching and safeguarding every one of His creatures that do not behold His face.  Our Lord says in the Gospel, “Beware lest ye scandalize any of these little ones, for their angels in Heaven see the face of My Father.”  The existence of Guardian Angels, is, hence a dogma of the Christian faith: this being so, we need to be respectful of angels.  How great our solicitude should be, lest, by any act of ours, we offend those eyes which are ever bent upon us in all our ways!

Through study of the Scriptures, we can come to the conclusion that angels possess the following qualities:

Most Catholics were taught as children at least two formal prayers that were addressed to angels:  “Prayer to St. Michael the Archangel” and “Angel of God”.   As adults we would do well to continue saying these prayers daily in order to seek the guidance and protection of God’s holy angels.