“Is the Sacrament of Confession Scripture-Based?” 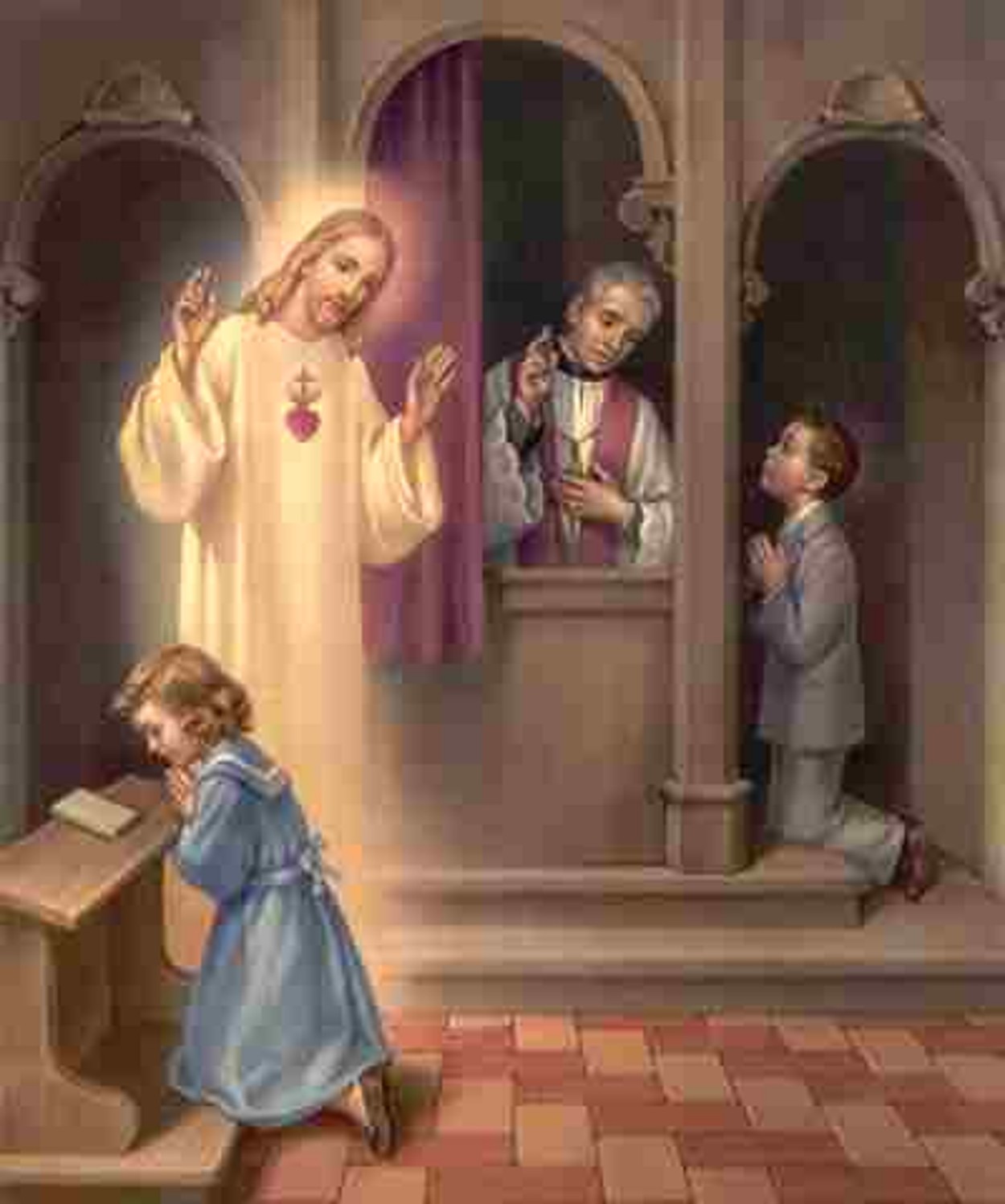 “Is the Sacrament of Confession Scripture-Based?”  Some of my Protestant friends have asked why Catholics go to confession and if it is Scripture-based. What would you say?

Jesus entered this world to forgive sins. Recall the words of our Lord: “God so loved the world that He gave His only Son, that whoever believes in Him may not die but may have eternal life” (Jn 3:16). During His public ministry, Jesus preached about the forgiveness of sins; for instance, in the parables of the Prodigal Son (Lk 15:11) or the Lost Sheep (Lk 15:1). Remember also His teaching that, “There will likewise be more joy in heaven over one repentant sinner than over 96 righteous people who have no need to repent” (Lk 15:7). Jesus Himself forgave sins; remember the story of the woman caught in adultery (Jn 8:1) or the woman who washed His feet with her tears (Lk 7:36). He also taught us to pray for forgiveness in the “Our Father”.  His mission of reconciliation would climax in His Passion, Death and Resurrection: Jesus suffered, died and rose to free us from sin and death.

However, Jesus never trivialized sin or rationalized it. No, for Jesus, sin is sin, a violation of love against God and neighbor. However, in His Divine Mercy, Jesus called the sinner to realize the sin, to repent of it, and to be reconciled with God and neighbor.  Jesus wanted this ministry of reconciliation to continue. On the first Easter Sunday evening, Jesus appeared to His Apostles, “breathed on them,” and said, “Receive the Holy Spirit. If you forgive men’s sins, they are forgiven them; if you hold them bound, they are held bound” (Jn 20:21-23). Only twice in Sacred Scripture do we find God breathing into human beings. First, in the Genesis account of creation, God breathes the life of a soul into the man He has created (Gen 2:7). Now, Jesus the Son, breathes His life into His Apostles, His priests, so that through them He will “breathe” life into the souls of contrite sinners. In this scene, Christ instituted the Sacrament of Penance and made His Apostles the ministers of it.  At the Ascension, Jesus again charged His Apostles with this ministry: “Thus it is written that the Messiah must suffer and rise from the dead on the third day. In His name penance for the remission of sins is to be preached to all the nations, beginning at Jerusalem. You are witnesses of this” (Lk 24:46). Clearly, Jesus came to forgive sins. He wanted that reconciliation to continue and He gave the Church a Sacrament through which priests would continue to act as the ministers of this reconciliation.

Perhaps many Protestants do not see the need for confession to a priest or minister because most Protestant denominations do not have Sacraments or at least the understanding of Sacraments as efficacious signs through which the Lord gives us grace. (However, traditional or “high” Episcopalians have confessions; the Lutherans also have a ritual for reconciliation.)  Nevertheless, we see this ministry of reconciliation lived out in the early Church. St. Paul wrote, “God has reconciled us to Himself through Christ and has given us the ministry of reconciliation” (2 Cor 5:18). The Didache (or Teachings of the Twelve Apostles), written about 80 AD, stated, “In the congregation you shall confess your transgressions” and “On the Lord’s Day, come together and break bread…having confessed your transgressions, that your sacrifice may be pure.” St. Cyprian wrote, concerning the reconciliation of Christians who had succumbed to offering pagan worship rather than face martyrdom, “Let each confess his sin while he is still in this world, while his confession can be received, while satisfaction and the forgiveness granted by the priests is acceptable to God.”  At this time of persecution, when local “parishes” were small, individuals publicly confessed their sins at the beginning of Mass (as mentioned in the Didache) and received absolution from the bishop or priest.

After the legalization of the Church by Constantine, the Church Fathers continued to emphasize the importance of confession. St. Ambrose wrote, “It seemed impossible that sins should be forgiven through penance; Christ granted this power to the Apostles and from the Apostles it has been transmitted to the office of priests.” Similarly, St. Athanasius asserted, “As the man whom the priest baptizes is enlightened by the grace of the Holy Ghost, so does he who in penance confesses his sins, receive through the priest forgiveness in virtue of the grace of Christ.” By the mid-400s and the pontificate of Leo I, private confession under the seal of secrecy becomes the norm to safeguard the reputation of the penitent and to attract others to the sacrament.  We go to confession because it is a sacrament given to us by Christ, and it has always been a Church practice.

This Sacrament is so important in our sharing in the life of Christ, the Church has even mandated its practice. To prevent laxity, the Fourth Lateran Council in 1215 required that “the faithful who have reached the age of discretion should at least once a year faithfully confess all their sins to a priest. They should strive as far as possible to fulfill the penance imposed on them, and with reverence receive at least during Easter time the sacrament of the Eucharist.” This rule is still a precept of the Church. The Council of Trent in 1551, in its Doctrine on the Sacrament of Penance, asserted that since mortal sin “kills” the life of God in our souls, these sins must be confessed and absolved through the Sacrament of Penance.  Trent also said, “it is right and profitable” to confess venial sins.

We could end the answer here. However, regular confession is a healthy spiritual practice. Each sincere Catholic needs to periodically—every month or two—do a good examination of conscience. Each person should reflect on how well he has lived a “Christ-like life” by following the commandments and the teachings of the Church.  Perhaps one’s failures are not so much commissions as they are omissions. For all of these, we bring our souls to the Lord and receive forgiveness. The healing grace of the Sacrament of Penance washes away sin and give us the strength to avoid that sin again.

(Additional information can be found in Article No. 30, published in the St. Therese Bulletin of September 6, 2015)