“What Are Marian Apparitions?  Do We Have To Believe Them?” 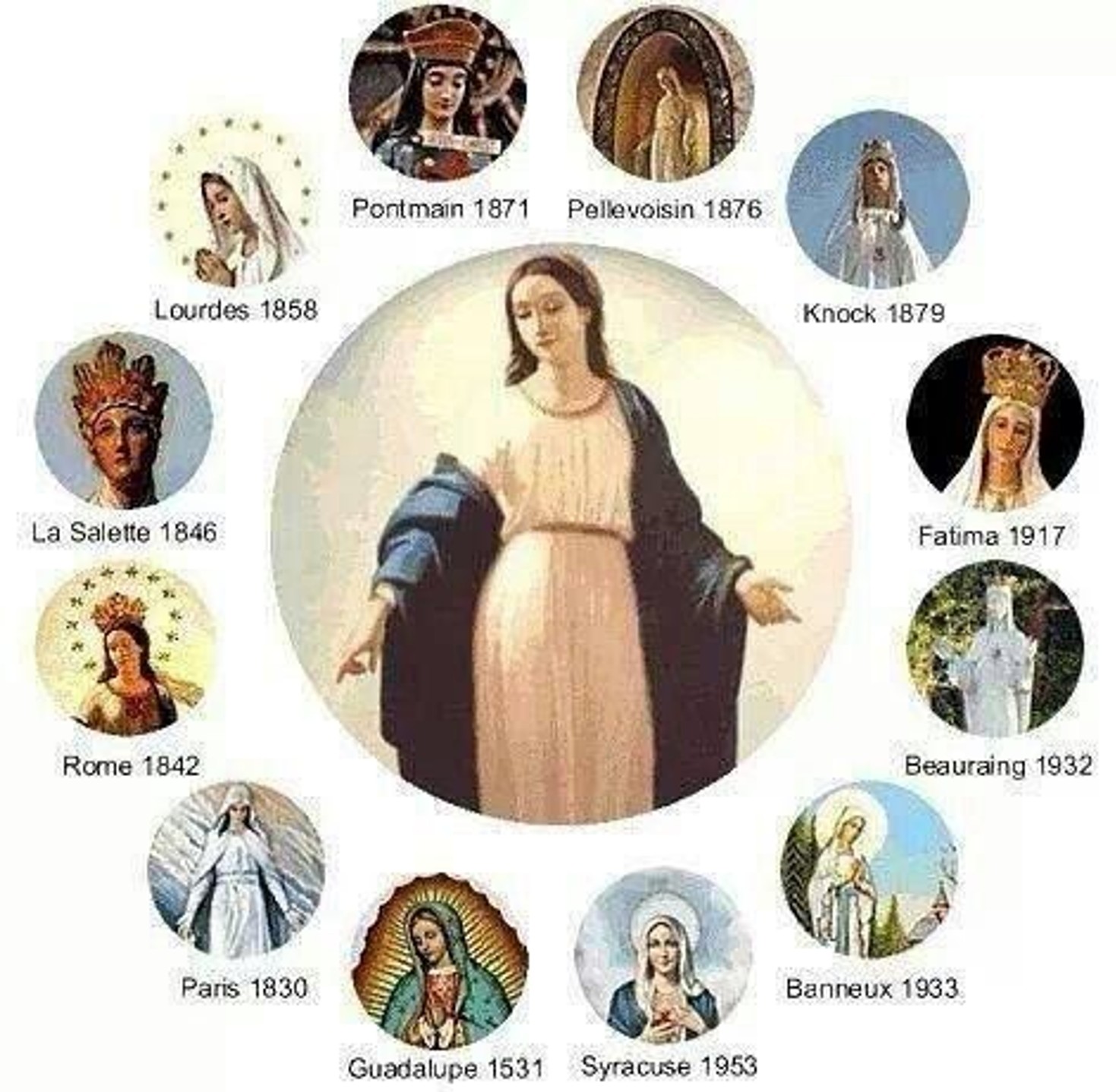 In the majority of Marian apparitions, only one person or a few people report having witnessed the apparition. According to the doctrine of the Roman Catholic Church, the era of public revelation ended with the death of the last living Apostle. A Marian apparition, if deemed genuine by Church authority, is treated as a private revelation that may emphasize some facet of the received public revelation for a specific purpose, but it can never add anything new to the deposit of faith. The Church may pronounce an apparition as worthy of belief, but belief is never required by divine faith.

An authentic apparition is believed not to be a subjective experience, but a real and objective intervention of divine power. The purpose of such apparitions is to recall and emphasize some aspect of the Christian message. The Church states that cures and other miraculous events are not the purpose of Marian apparitions, but exist primarily to validate and draw attention to the message. Apparitions of Mary are held as evidence of her continuing active presence in the life of the Church, through which she “cares for the brethren of her Son who still journey on earth.”

In some apparitions, such as Our Lady of Lourdes or Our Lady of Fatima, an actual vision is reported, fully resembling that of a person being present. In some of these reports the viewers (at times children) do not initially report that they saw the Virgin Mary, but that they saw “a Lady” (often but not always dressed in white and/or blue) and had a conversation with her. In these cases, the viewers report experiences that resemble the visual and verbal interaction with a person present at the site of the apparition.

Physical contact is hardly ever reported as part of Marian apparitions. In rare cases a physical artifact is reported in apparitions. A well-known example is the image of Our Lady of Guadalupe which was miraculously imprinted on the cloak of St. Juan Diego.

Not all claims of visitations are dealt with favorably by the Roman Catholic Church. For example, claimed apparitions of Our Lady at Bayside, New York, have not been condoned or sanctioned in any way, nor those at the Necedah Shrine in Necedah, Wisconsin.