What are the “Four Last Things”? By Peter Kreeft 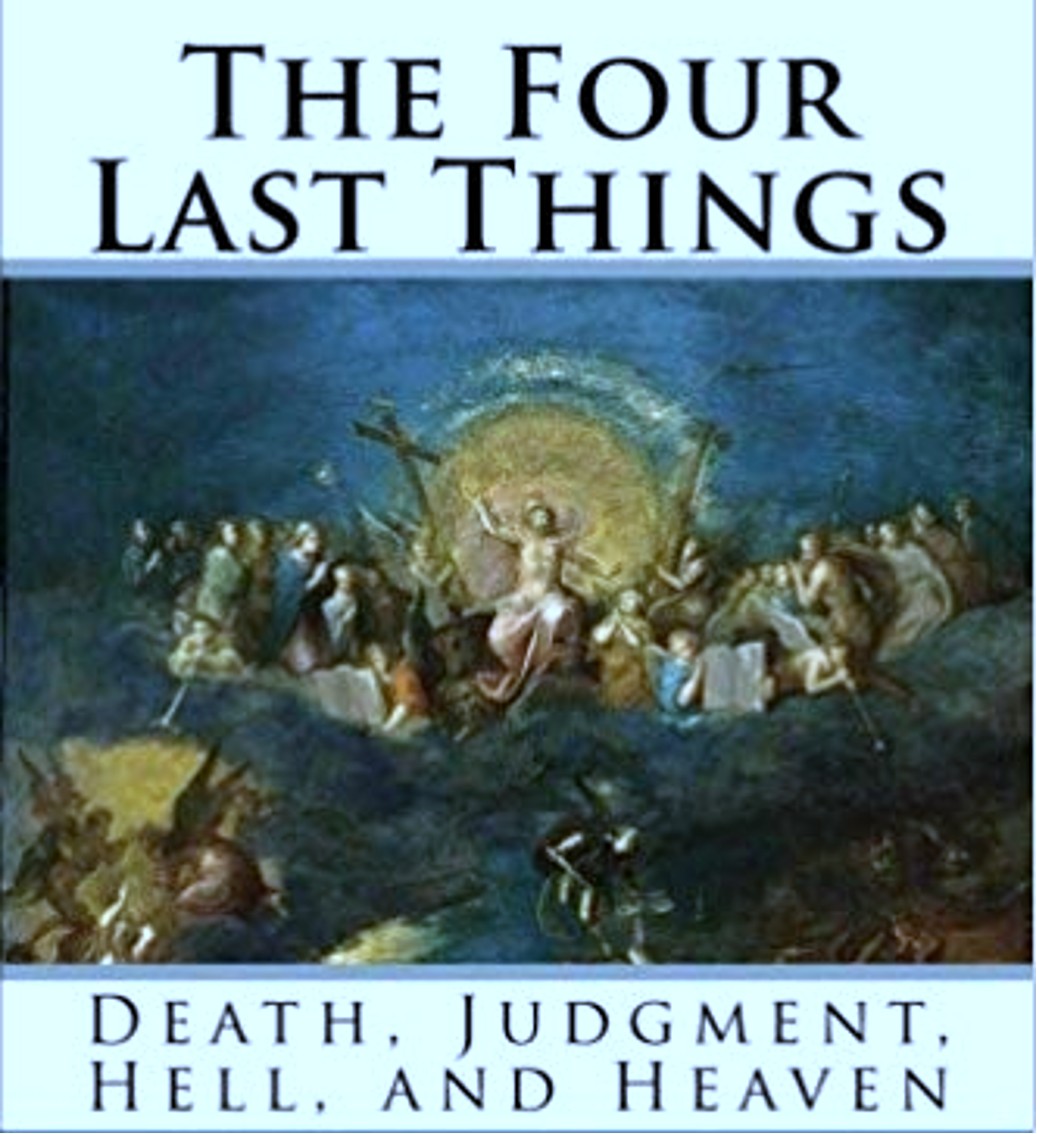 “What are the ‘Four Last Things'”? The Church’s teaching about life after death is summarized as the Four Last Things—Death, Judgment, Heaven, and Hell. Life’s one certainty is death. Nearly all religions, cultures, and individuals in history have believed in some form of life after death. Man’s innate sense of justice tells him that there must be an ultimate reckoning, that in the final analysis no one can cheat the moral law and get away with it or suffer undeserved injustices throughout life and not be justly compensated. Since this ultimate justice does not seem to be accomplished in this life, there must be “the rest of the story.”

This instinctive conviction that there must be a higher, more-than-human justice is nearly universal. Thus, the second of the Four Last Things, Judgment, is also widely known. As Scripture says, “Whoever would draw near to God must believe that He exists and that He rewards those who seek Him” (Heb 11:6). The final judgment is an encounter with Christ.

Most people also know that justice distinguishes the good from the evil and, therefore, that after death there must be separate destinies for us—rewards for good and punishments for evil. Thus mankind also usually believes in some form of Heaven and Hell. There are only two eternal destinies: Heaven or Hell, union or disunion with God. Each one of us will be either with God or without Him forever. If Hell is not real, the Church and the Bible are also liars. Our basis for believing in the reality of Hell is exactly the same authority as our basis for believing in the reality of Heaven: Christ, His Church, and the Scriptures.

If Hell is not real, then Jesus Christ is either a fool or a liar, for He warned us repeatedly and with utmost seriousness about it. There is no reincarnation, no “second chance” after time is over. There is no annihilation, no end of the soul’s existence. There is no change of species from human being to angel or to anything else. The particular judgment occurs immediately after each individual’s death. The general judgment takes place at the end of all time and history.

So the scenario of final events is: (a) first, death; (b) then, immediately, the particular judgment; (c) then, either Hell, or Purgatory as preparation for Heaven, or Heaven; (d) and, at the end of time, the general judgment; (e) and the “new heavens and new earth” for those who are saved.

PETER KREEFT, a professor of philosophy at Boston College, is the best-selling author of over seventy-five books. This article is from his book, “Catholic Christianity: A Complete Catechism of Catholic Beliefs Based on the Catechism of the Catholic Church” (Ignatius Press, 2001).