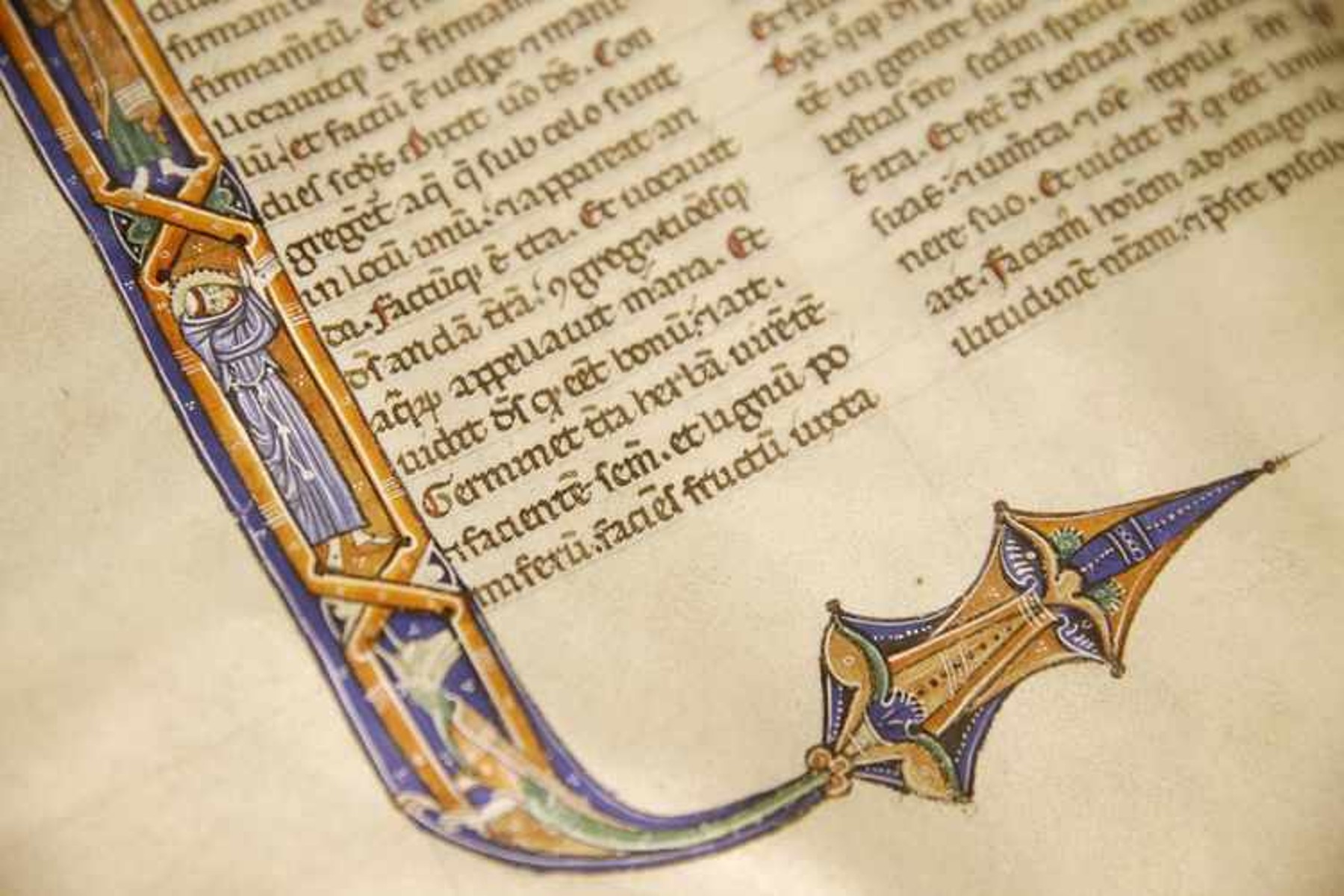 When Was the First Latin Commentary on the Gospels Written?  The earliest Latin commentary on the Gospels, lost for more than 1,500 years, has been rediscovered and made available in English for the first time. The extraordinary find, a work written by a bishop in northern Italy, Fortunatianus of Aquileia, dates back to the middle of the fourth century. The biblical text of the manuscript is of particular significance, as it predates the standard Latin version known as the Vulgate and provides new evidence about the earliest form of the Gospels in Latin.  Despite references to this commentary in other ancient works, no copy was known to survive until Dr. Lukas Dorfbauer, a researcher from the University of Salzburg, identified Fortunatianus’ text in an anonymous manuscript copied around the year 800 and held in Cologne Cathedral Library.

Scholars had previously been interested in this ninth-century manuscript as the sole witness to a short letter which claimed to be from the Jewish high priest Annas to the Roman philosopher Seneca. They had dismissed the 100-page anonymous Gospel commentary as one of numerous similar works composed in the court of Charlemagne. But when he visited the library in 2012, Dorfbauer, a specialist in such writings, could see that the commentary was much older than the manuscript itself.  In fact, it was none other than the earliest Latin commentary on the Gospels.

Pearls of wisdom: In his “De Viris Illustribus” (Lives of Famous Men), written at the end of the fourth century,  St. Jerome, who was also responsible for the revision of the Gospels and the translation of the Hebrew Scriptures known as the Vulgate, included an entry for Fortunatianus. This prominent cleric had written a Gospel commentary including a series of chapter titles, which Jerome described as “a pearl without price.” Later Christian authors, such as Rabanus Maurus and Claudius of Turin, searched for it in vain. As with so many works from antiquity, it seemed to have been lost, the remaining copies destroyed in a raid or eaten by mice in a dusty library.

Among the features which attracted Dorfbauer’s attention was a long list of 160 chapter titles detailing the contents of the commentary, which corresponded to Jerome’s description of Fortunatianus’ work. In addition, the biblical text of the Cologne manuscript did not match the standard version of the Gospels produced by Jerome, but seemed to come from an earlier stage in the history of the Latin bible.

Groundbreaking discovery: This was where the University of Birmingham came in. The university’s Institute for Textual Scholarship and Electronic Editing (ITSEE) is home to long-term projects working on new editions of the Bible in Greek and Latin. As a specialist in the Latin New Testament, I was able to compare the biblical quotations in the Cologne manuscript with our extensive databases. Parallels with texts circulating in northern Italy in the middle of the 4th century offered a perfect fit with the context of Fortunatianus. Astonishingly, despite being copied four centuries after the last reference to his Gospel commentary, this manuscript seemed to preserve the original form of Fortunatianus’ groundbreaking work.

Such a discovery is of considerable significance to our understanding of the development of Latin biblical interpretation, which went on to play such an important part in the development of Western thought and literature. In this substantial commentary, Fortunatianus is reliant on even earlier writings which formed the link between Greek and Latin Christianity.  This sheds new light on the way the Gospels were read and understood in the early Church, in particular the reading of the text known as “allegorical exegesis,” in which elements in the stories are interpreted as symbols. So, for example, when Jesus climbs into a boat on the Sea of Galilee, Fortunatianus explains that the sea which is sometimes rough and dangerous stands for the world, while the boat corresponds to the Church     in which Jesus is present and carries people to safety.

English translation: In the form of a single (no longer anonymous) manuscript, or even a scholarly edition of the Latin text, it will still be some time before this work becomes as widely known as the famous writings of later Christian teachers such as Ambrose, Augustine, and Jerome.  For that reason, I have worked closely with Dr. Dorfbauer to prepare an English translation of his full Latin edition of the commentary, the first ever to be produced.  This will enable a much wider audience to take account of this rediscovered work. In fact, this English version may be the form in which most people will encounter Fortunatianus’ commentary, as studying languages is now a much smaller component in theological study, and online translation tools are beginning to produce more satisfactory results.  You may download (for free) the English translation by going to this website:  www.degruyter.com/viewbooktoc/product/469498.