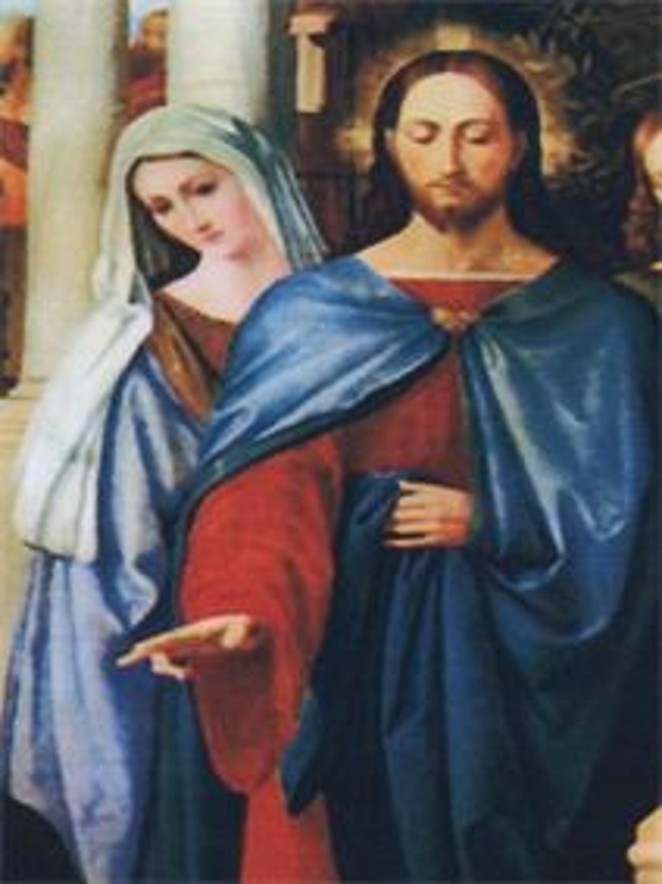 “Why Do We Call Mary the ‘Mother of God’?”  As Catholics, we firmly believe in the incarnation of our Lord: Mary conceived Jesus by the power of the Holy Spirit (Lk 1:26-38 and Mt 1:18-25). Through her, Jesus Christ—the second person of the Holy Trinity, one-in-being (consubstantial) with the Father, and true God from true God—entered this world, taking on human flesh and a human soul. Jesus is true God and true Man. In His person are united both a divine nature and a human nature.  Mary did not create the divine person of Jesus, who existed with the Father from all eternity. “In fact, the One whom she conceived as man by the Holy Spirit, who truly became her Son according to the flesh, was none other than the Father’s eternal Son, the Second Person of the Holy Trinity. Hence the Church confesses that Mary is truly ‘Mother of God’ (Theotokos)” (CCC, No. 495). As St. John wrote, “The Word became flesh and made His dwelling among us, and we have seen His glory: The glory of an only Son coming from the Father filled with enduring love” (Jn 1:14).

For this reason, sometime in the early history of the Church, our Blessed Mother was given the title “Mother of God.” St. John Chrysostom (d. 407) even composed a Eucharistic Prayer in honor of her: “It is truly just to proclaim you blessed, O Mother of God, who are most blessed, all pure and Mother of our God. We magnify you who are more honorable than the Cherubim and incomparably more glorious than the Seraphim. You who, without losing your virginity, gave birth to the Word of God. You who are truly the Mother of God.”  However, objection to the title “Mother of God” arose in the fifth century, due to confusion concerning the mystery of the Incarnation.

Nestorius, Bishop of Constantinople (428-431), incited a major controversy. He stated that Mary gave birth to Jesus Christ, a regular human person, period. To this human person was united the person of the Word of God (the Divine Jesus). This union of two persons—the human Christ and the divine Word—was “sublime and unique” but merely accidental. The Divine Person dwelt in the Human Person “as in a temple.” Following his own reasoning, Nestorius asserted that the human Jesus died on the cross, not the Divine Jesus. As such, he said, “Mary is not ‘Mother of God,’ but simply ‘Mother of Christ’—the human Jesus.” Sound confusing? It is, but the result is the splitting of Christ into two persons and the denial of the Incarnation.

St. Cyril, Bishop of Alexandria (d. 440), refuted Nestorius, asserting, “It was not that an ordinary man was born first of the Holy Virgin, on whom afterwards the Word descended; what we say is that, being united with the flesh from the womb, the Word has undergone birth in the flesh, making the birth in the flesh His own…”

The Incarnation is indeed a profound mystery. The Church uses very precise—albeit philosophical—language to prevent confusion and error. Nevertheless, we must ponder this great mystery of how our Divine Savior entered this world, taking on our human flesh, to free us from sin. We must also ponder and emulate the great example of our Blessed Mother, who said, “I am the handmaid of the Lord; let it be done unto me according to Thy word.”

May we turn to her always as our own Mother, pleading,”Holy Mary,

Mother of God, pray for us sinners now and at the hour of our death. Amen.”